As usual Frank’s normal drone of verbal abuse upsets Ginger, so Hawkeye puts his arm in a cast while he is asleep. Frank puts in for a transfer, and after a broadcast goes out of Frank telling Margaret he’s leaving, she decides to leave as well. As a result, Col. Blake puts both Hawk and Trap on double post-op duty until he finds replacements for Majs. Burns and Houlihan. Unwilling to lose their two favorite patsies, and to be worn to a frazzle from doing 2 shifts in O/R, Hawkeye and Trapper hatch a scheme to prevent Frank and Hot Lips from leaving. That night, Hawkeye and Trapper pretend they have found gold, letting Frank overhear them. Frank then withdraws his request when he thinks he’s found gold himself, although the joke is on him when he finds, amongst other things, a gilded jeep! 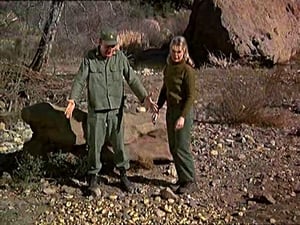 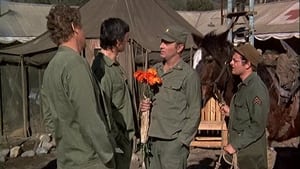 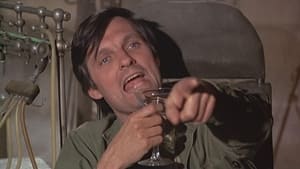