John Hodges, a chopper pilot referred to as The Cowboy because of his gun holster belt and cowboy hat, has been hit in the shoulder, and arrives at the 4077th. He is expecting a letter–he’s worried his wife Jean at home is leaving him for another man (“She’s probably off with some rodeo rider; she’s a sucker for a 10-gallon hat!”). He wants to go home, but Henry refuses, stating Cowboy’s wound isn’t serious enough to merit a stateside ticket. Bad luck then follows Henry Blake like the seat of his pants: he gets shot at while golfing, his tent gets flattened by a driverless jeep, and the latrine explodes while he’s inside. The Cowboy offers to fly Henry to Seoul and then threatens to shove him out! The letter finally arives for Cowboy, assuring he is loved. Hawkeye and Trapper uses the radio to convince The Cowboy to spare Henry’s life and come down, at which they succeed. 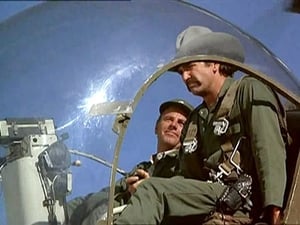 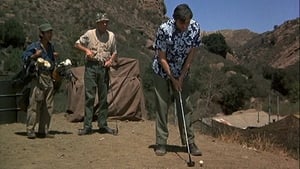 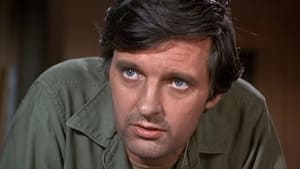