Frank has Hawkeye up on charges of mutiny, for usurping his authority when Potter was away on leave, and Frank was the C.O. The Judge Advocate, Colonel Carmichael, tries the case; BJ, Potter, and Radar are in attendance of the preliminary hearing to offer support for Hawkeye. There are several versions of what happened: according to Frank, he was trying to hold the 4077th together during heavy casualties when everyone else was falling apart; according to The Eye Of The Hawk, BJ and Radar, it was Frank who was out of control with his regimen. Finding no evidence of the alleged mutiny, the judge drops all charges against Hawkeye and puts Frank in his place (but will he stay there?!). 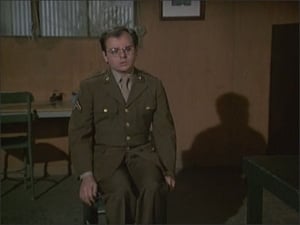 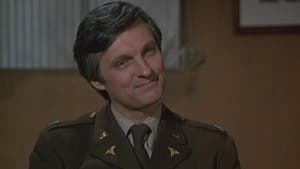